With more than 100 million dollars, Le Bélier confirmed that he will continue developing investment projects in Guanajuato.

The world’s leading aluminum smelting company in the automotive industry maintains its confidence in the region, which is why it will be generating 500 new jobs at its production plant in San Miguel de Allende.

Diego Sinhue Rodríguez Vallejo, governor of Guanajuato, stated that this project is the only one nationwide that brings together all the aluminum smelting techniques through state-of-the-art systems, which are supported by automation and digitization.

The state executive and government representatives had a meeting with David Guffroy, CEO of Le Bélier and his work team, where they shared that their investment in Guanajuato was a good decision due to connectivity, highly competitive workforce, possibilities for new businesses and ecosystem. local supply offered by the state.

“That is why we take care that the companies that arrive have a high social commitment and care for natural resources, that is the case of Le Bélier, which has an SBT certification for the good of our planet,” said Guffroy.

This French company serves the auto parts market for brands such as BMW, Mitsubishi, Daimler, Continental, Hitachi, among others. In addition, it has a workforce of 3,200 people, has a presence on three continents and estimates for 2021 more than 290 million euros in sales.

It should be remembered that, in June of this year, the European company began the construction of its plant that will be located in the San Miguel de Allende Business Park, where it is expected to start operations in the first months of 2022. On that date, had confirmed an investment of 68 million dollars and the generation of 500 direct jobs. 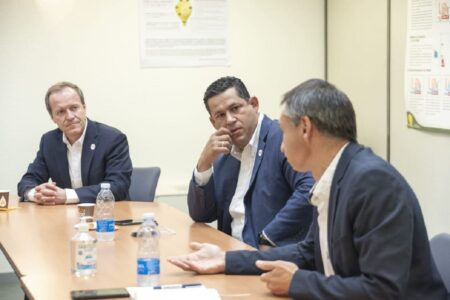